This summer we have had the strangest weather…pretty cool with lots of rain and gray skies.  On the rare chance of a nice sunny day…I have to take the kids out!  Today we tried out this pool park that is clear across town from us.  Some friends had recommended it and it was awesome!  Cheap, clean, and not very crowded.  After you look at this video, you may think it looks pretty crowded, but it is all relative…and this is NOT crowded for here!  We were really glad to find a fun new place to take the kids for a summertime treat.  Check out their rad moves on the big slide! 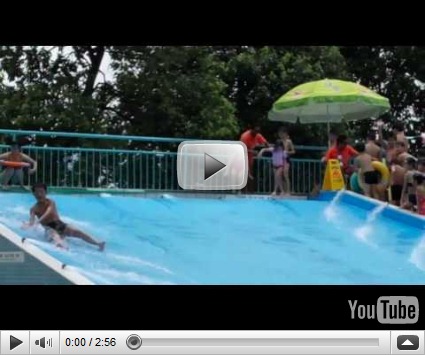 We are so excited that Madison is riding her bike.  Check out a video of her from today. 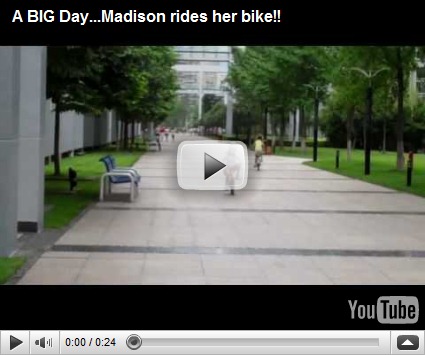 Some of you may heard me talk about this dear family before.  The Li’s are some of our closest local friends here.  We first met the wife (Xiao Ying) in March of 2002 and we became fast friends.  Her and her husband (Xiao Li) had a little girl (Li Ying Yue) who was about 3 at the time.  They have been a very big part of our family since we have lived in Asia.  They are really strong believers, and are such an encouragement to us.  Back in March of 2008, they were blessed with another beautiful daughter, En Ci.  Before En Ci was born, they found out that she would have several severe heart defect and would likely not live long at all.  They weren’t sure if she would even survive for an hour.  Despite the advice of many doctors who were telling Xiao Ying to abort her, they chose the hard, loving road and gave En Ci life!   She was born on March 3, 2008 and stayed in the hospital for several weeks. 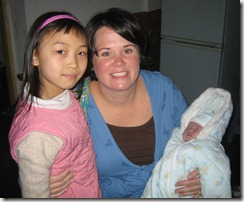 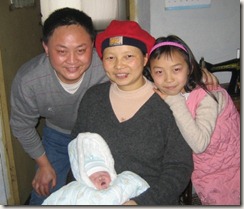 The doctors here didn’t really give them much info and they hardly knew what her life would be like (or how long her life would be)…but they loved and cared for her so tenderly.  It wasn’t unusual for Xiao Li to go to the hospital at 5am to get in line to see the pediatric cardiologist who only sees patients one morning each month. 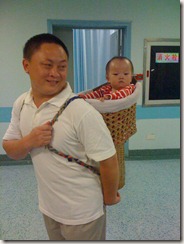 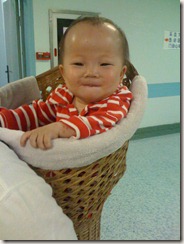 After her short, but impactful life, En Ci died last July 24th.  Since her death, her parents have continued to shine for Jesus.  They have trusted in the Lord like no one I’ve ever seen.  They know He is faithful and good, but miss their daughter as much as anyone who has lost a child does.  They are so generous.  While En Ci was sick they saw people they had never met (and will never meet) give them thousand of dollars to help their daughter.  About 5 days after En Ci died they came to us and wanted to return all the money that was given to them to help with her surgery (that she never had).  They had every dime that was given to them, and didn’t want to use any of it to pay for her other hospital bills…they only wanted the money to go towards what it was given for…a surgery.  I wanted to share their story with you so that you can pray for them over the next few days.  It was 1 year ago that En Ci went to be with Jesus.  Please pray that God will allow them to grieve for her, and continue to heal their hearts. 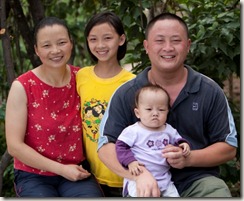 This was their family’s last family picture before En Ci died.

We are so excited to share with you all that we received a referral for a little 18 month old beautiful Chinese girl!  Words can’t begin to tell you how excited we were to see pictures and read all about our new little daughter!  It was so fun to introduce Wu Xiu Li (which means beautiful, elegant, graceful) to her big sisters.  Her name really describes her so well…both Travis and I were amazed by how beautiful she was when we first saw her photo. Her eyes look so much like her big sisters’ eyes.  We wanted to wait until we got our pre-approval before we shared with others.  We will wait to share her photo until we get our Letter of Acceptance from the CCAA that we have been officially approved to adopt her.

We have continued to be in awe of God’s timing and goodness towards us in this process!  We were logged into the CCAA on Monday, June 21st and we received our referral the very next day on Tuesday, June 22nd…now that is what I call quick!  We didn’t officially start our adoption until December 29th, 2009 and we hope Xiu Li (pronounces Show Lee) will be in our arms by the end of November 2010!

Some fun facts about Xiu Li:

“I am Special” by Hailey

Check out this original song written by Hailey. She wrote and performed it just days after returning from a trip to the States with me. I think you will get the point that she felt pretty special. I’m glad that she felt loved by getting to go on a special trip to America with me.