On Tuesday, June 22, 2010, Travis and I saw the beautiful face of Wu Xiu Li (吴秀莉）for the very first time.  We were sitting on our sofa together as we opened the email that had information and a picture of her.  Here is what we saw 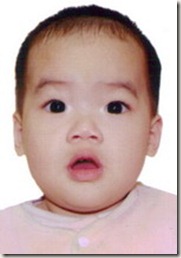 I couldn’t believe how much her eyes resembled Madison, Hailey and Sydney’s. 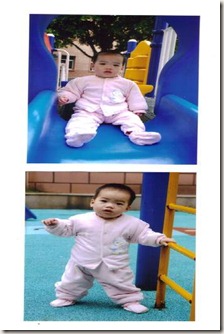 Then we opened these 2 pictures of her taken on the playground at her orphanage in Guangdong Province.  These photos were taken when she was 13 months old and she was walking while holding on to things.

Since that night in June we have been praying for her and praying that she continued to grow and have good health.  Even though we got those pictures in June, they were taken in January.

So, now Lily is 20 months old (born December 29, 2008) and we hadn’t seen any new pictures or had an update on her until last week, when we got these pictures 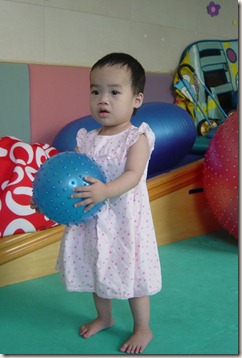 She is now walking and talking and has continued to grow.  She weighs 22 lbs and is 78 cm tall. 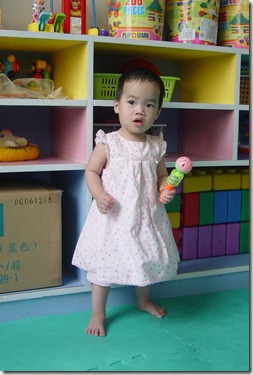 We treasure every photo we have of her.  These 5 photos are the only photos we may ever have of her first 20 months of life. 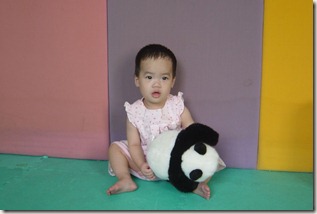 We all are so excited to bring her home.  We can’t wait to hold her in our arms.  Her big sisters talk about her all the time.  We are praying that the final steps to bring her home will go quickly and we can go get her in November.
Posted by Sonya at Saturday, September 04, 2010

Awe, I love her! She is so precious Sonya!! Congrats!

Her eyes really do look like a Todd girl! So cute. We are excited for you guys.

Look at beautiful Lily Grace!!! She is precious. And I do see the resemblance in her and your daughters. She is almost exactly our Britton's age (a week apart) and he is only a few pounds more than her. She looks very healthy, which is huge for these CHD babies. Very excited for the Todd family!

Oh wait ... Britton is a full year older than her. I'd say she looks pretty darn healthy for orphanage life. Know you can't wait to finally hold her in your arms!

Congratulations!!! Gracious she is absolutely beautiful!!! I'm so happy for you!!

I'm so happy for you!!! She is beautiful. Makes my blog posts about kitchen cabinets REALLY boring and shallow! :)
Thanks for some perspective this afternoon.

So cute! I remember when my sis got photos of her daughter we all stared and stared for hours.

Jewels of My Heart said...

She is beautiful! What a miracle from the Lord. He is so good to us. Praying she will be safely home soon.
Daleea